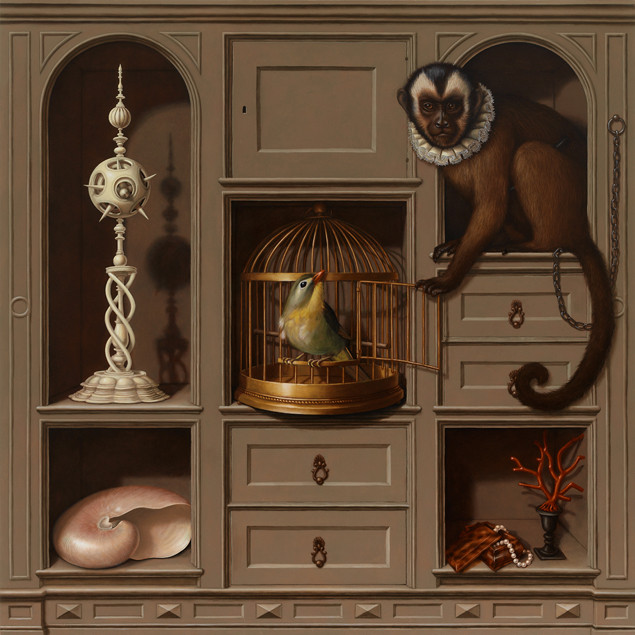 Cabinets of curiosities filled with peculiar wonder at Herzliya museum
Skulls and artistic cow organs are some of the odd objects found in the new group exhibition at the Herzliya Museum of Contemporary Art, which takes inspiration from a centuries-old tradition of quirky collecting.

I have a question for you guys.(because you are always so awesome in the whole good advice category) How meticulous are you about tagging and cataloging your collections? I am wanting to keep mine cataloged as well as I can. One day if something happens to me I want it to be all set up for when it is given to the museum. One of my problems is that I have tons of stuff I'm not real sure about. I know about most of my skulls, but I don't know if they are male or female. Some eggs I have were only given to me as "quail" or "pigeon" and so many of them look exactly alike that I have no clue how to find out more specifics and it drives me crazy.

So how do you guys catalog and organize your collections? I want to know and want to see some methods! I am always looking for better ways to go about things.

As for me I just use tags for the skulls, cases with typed out slips for the insects, and compartmentalized wooden boxes for eggs with each eggs numbered and then cataloged in a ledger.

Hey guys, I have a question for all of you. I know several of you guys aren't just collectors, but you are also naturalists and do a lot of your own skull bleaching, taxidermy, mounting various parts, even jewelry and much much more. I need some help! We got both additions to our shop dried in, and now I have a 14x16 room just for my projects and I need pictures and ideas from you guys about how I need to organize and arrange it! If you would do me the honor, I would love to see pictures of your work/storage areas! Also if you don't have a work area, or you do but have a dream shop I would love to see pictures of that as well! I need some ideas folks!! I figure, ask the people that know! I also would love it if you guys might give me some ideas on tools, and such that would really come in handy!! I am mostly doing insects, bones including skulls, mounting of bone, and eventually small taxidermy. I would love as much input and help on all this as you guys would be willing to give me!

I copied this from tumblr:

This famous android was a collaborative effort by two Germans. Clockmaker Peter Kintzing created the mechanism and joiner David Roentgen crafted the cabinet; the dress dates from the 19th century. Automatons were in circulation and aroused much curiosity. Roentgen probably sent the tympanum to the French court and Marie-Antoinette bought it in 1784. The queen, aware of its perfection and scientific interest, had it deposited in the Academy of Sciences cabinet in 1785. The tympanum is a musical instrument that plays eight tunes when the female android strikes the 46 strings with two little hammers. Tradition has it that she is a depiction of Marie-Antoinette.